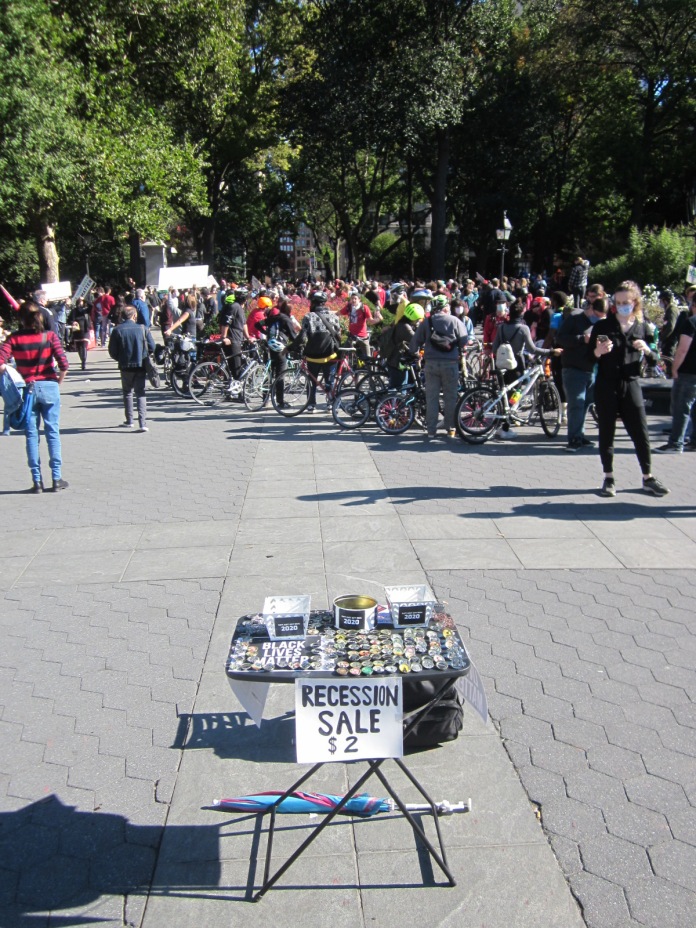 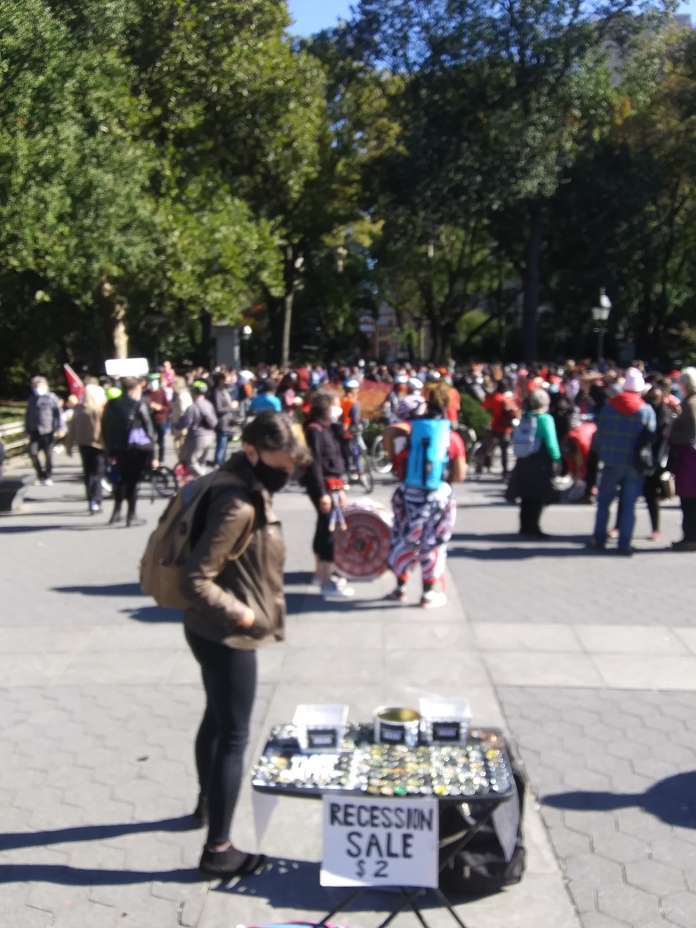 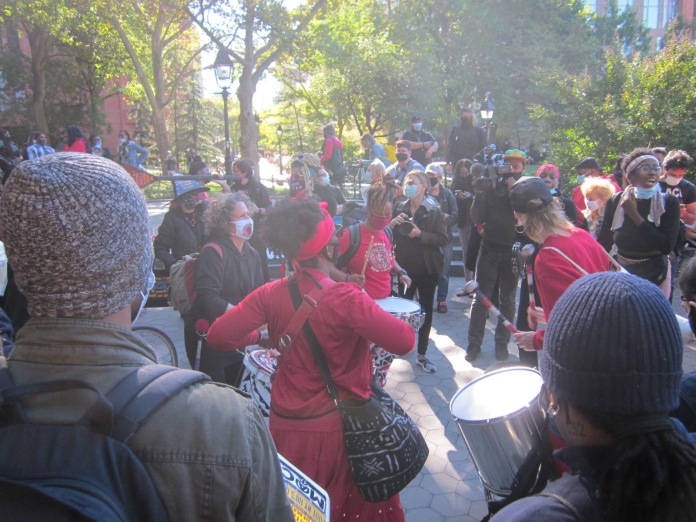 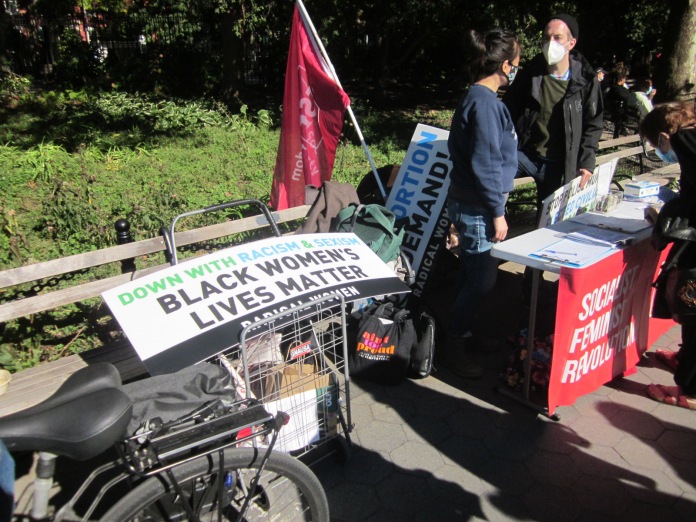 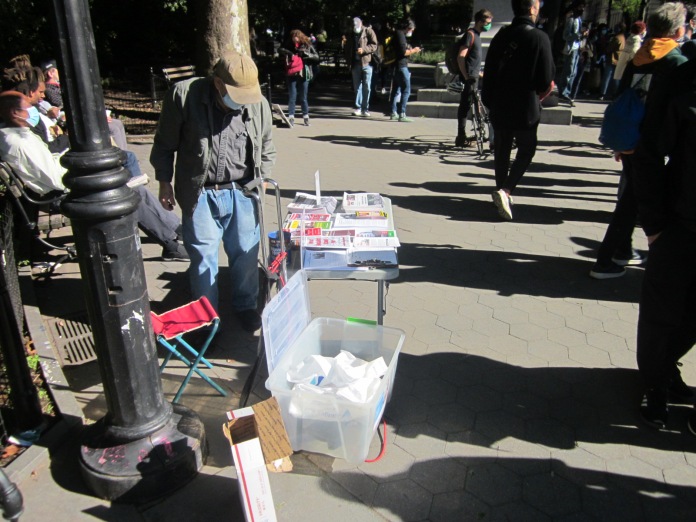 And the Facebook event invite for the Mass March to Defund NYPD, Tax the Rich & Stop the Layoffs! read like:

At the end of June the NYC City Council passed a budget which Mayor DeBlasio and Speaker Corey Johnson claimed Defunded the NYPD in response to the demand raised by protestors and those encamped at City Hall. This claim was a blatant lie as not a single NYPD officer faces a job loss. To add insult to injury, the budget leaves 22,000 city workers at risk of losing their jobs in the midst of crises of unemployment, economic decline and COVID-19. Thus far, the state legislature and Governor Cuomo have refused to pass legislation to Tax the Rich & Wall Street to fill the budget gap. Meanwhile President Trump threatens to withhold funds from NYC and has designated us an “Anarchist Jurisdiction.” In the spirit of resistance which drove this summer’s protests towards justice for George Floyd, Breonna Taylor and others murdered by the police, a coalition of the city’s labor and community activists invite the people, and all other social justice organizations to join us in turn in out as many NYers as possible. See you on the streets!

And that banner that I think it was Rise and Resist held up in front of the Washington Square Park arch that said “DEMOCRACY DIES IN A POLICE STATE” was really cool. And from what I saw in internetland, the march from Washington Square Park continued in the streets after most everyone left the park. And it seems to have been a weekend of demonstrations and protests.

Black Lives Matter. Occupy Wall Street Worldwide. And what, if anything, does this have to do with a No Police State.  Have a great New York City protest day and more, if possible, during these crazy and historical times we are living in.