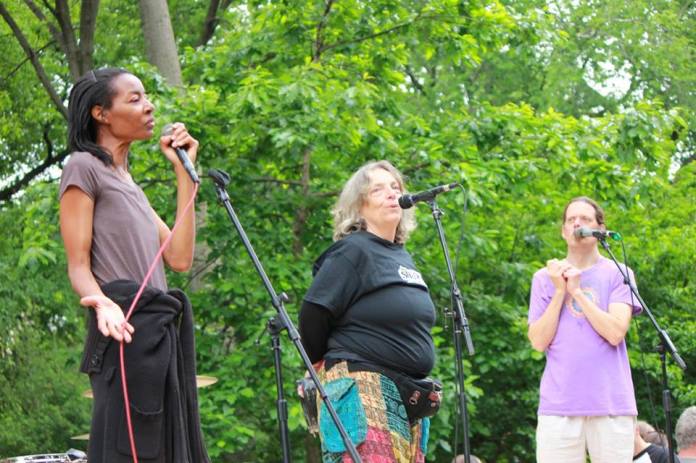 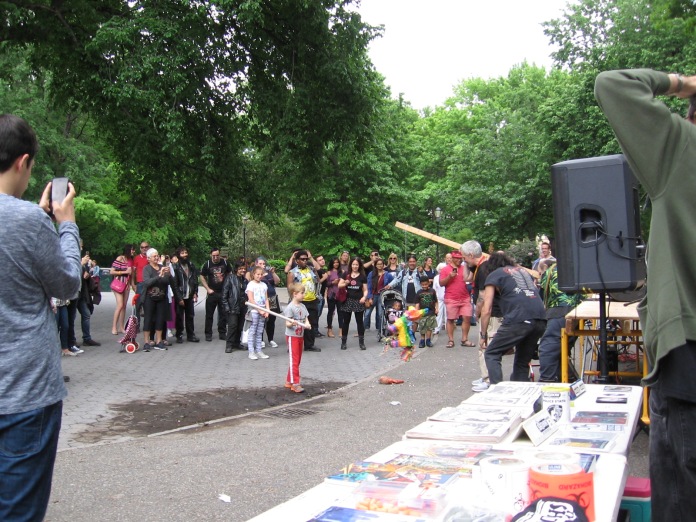 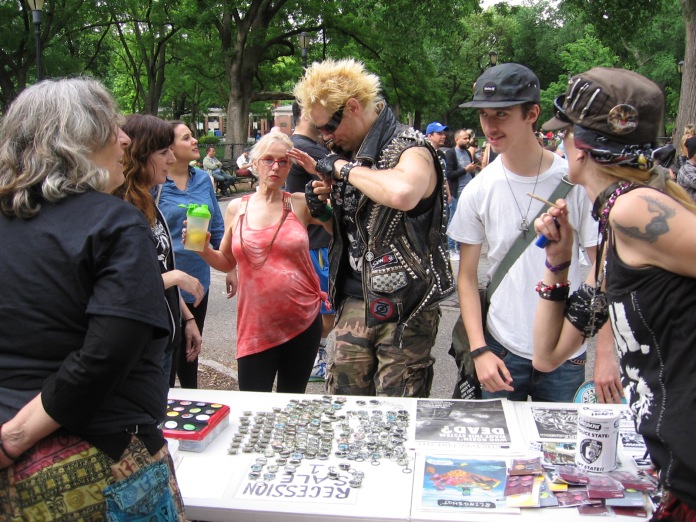 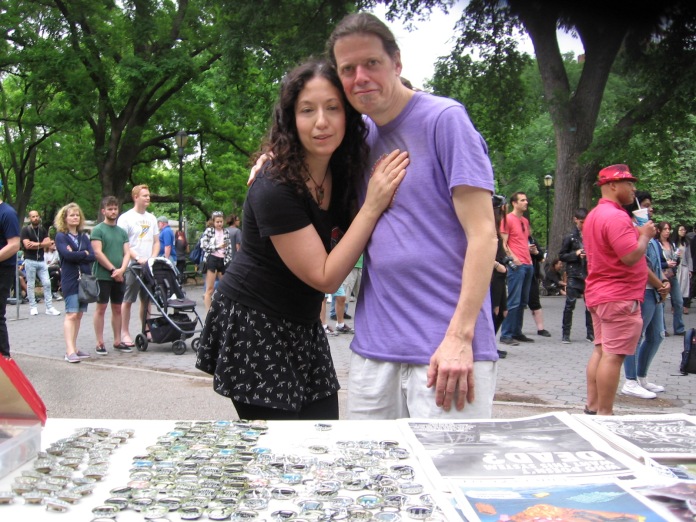 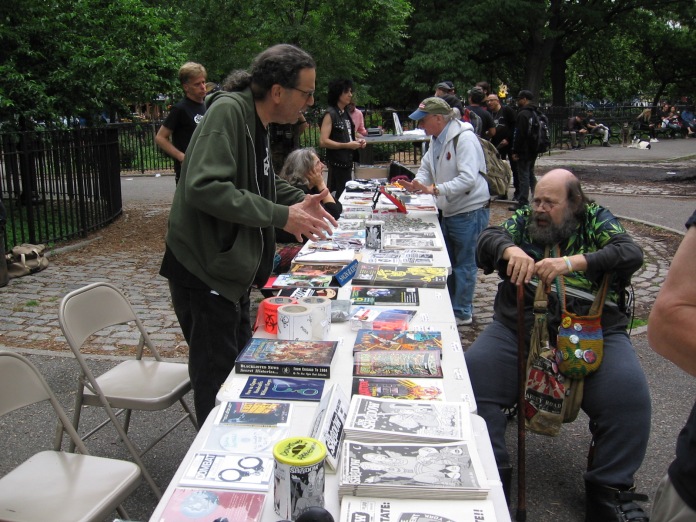 Well it’s that time of year again where that Gregorian calendar rolls around to where I can just recycle those Memorial Day blagh posts in an attempt to maintain social media web 2.0 user generated content for this blog and my other blagh whenever bloggers block possible. Though instead, I guess I will just post some of those photos and video I took at that Spook City in Tompkins Square (Part 2) concert in Tompkins Square Park this past Memorial Day weekend, as I have found myself going to those Squatter May Day Concerts in Tompkins Square Park every so often, or what not.  And so I found myself singing a no police state song and vending that DecorForU#blacklivesmatter, notmypresident, #Occupywallstreet , berniesanders. #nopolicestate , #theshadow , #eastvillage & #lowereastside necklaces, magnets. key chains & pins for $1 each at Chris Flash’s concert this year.  And I can’t exactly remember what year anniversary this squatter May Day concert is, though I think it is around a 25 year anniversary since those Tompkins Square Park Riots happened in 1988. And that Spook City Facebook event invite reads something like as follows:

In keeping with the traditional Squatter MayDay shows from 1988 onward and in commemoration of the Memorial Day Riot of May 27, 1991. On the side, there will be band merch, literature, and info tables.

And what else can words say, as every picture tells a story as in those photos and video that find themselves posted above.  And what if anything, does this have to do with a No Police State?  Have a great Memorial Day Squatter May Day Spook City concert day and more.