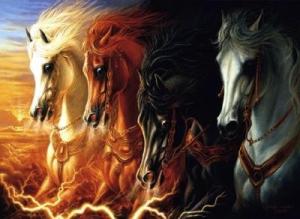 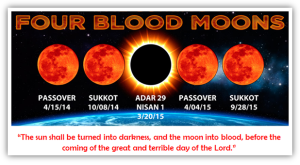 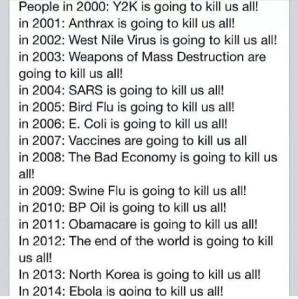 Okay so besides that Google Page Rank still wanting to send me in search of a fifth full time job, impending Halloween, The Middle East, ISIS, Ferguson that has something to do with polizei, polizei and more polizei, People’s Climate Marches and now Ebola and a host of other doomsday and non doomsday headline news and current events that have found themselves in the headline news lately, what else is there to blagh about here on planet earth besides ebola, ebola and more ebolamania that seems to be ebolamania everywhere recently. Oh yeah, and then there’s Common Core, the brainwashing of a generation, something straight out of George Orwell’s 1984. And this Ebola seems as if it could possibly be some kind of a plague that wants to wipe out mankind. And so when it seems that another sign of the end times has presented itself, I find myself posting those religious fanaticism photos and texts that find themselves posted in this blagh post. And there is thatBrace Yourselves. Flu Season Is Coming And Everyone Is Going To Think They Have Ebola photo and a bunch of other Ebola photos on Facebook and that E.B.O.L.A. Everyone Believes Our Lies Again photo that I came across in facebookland as well. And then there is that Ebowla article that has something to do with bowling allies, apartment buildings and polizei dumpling gloves and masks in sidewalk trash cans. And then there is also that Blood Moon Prophecy, the four blood moons are the four seals that release the four horsemen and The Blood Moon Tetrad are the four seals thing that is going around on the internet that has me all internetaholic apocalyptic religious fanaticism paranoid enough to post this verse from Revelations 6 that finds itself below.  The sun shall be turned into darkness, and the moon into blood, before the great and notable day of the Lord come.

” When the Lamb broke the fourth seal, I heard the voice of the fourth living creature saying, “Come.” I looked, and behold, an ashen horse; and he who sat on it had the name Death; and Hades was following with him. Authority was given to them over a fourth of the earth, to kill with sword and with famine and with pestilence and by the wild beasts of the earth.

Revelation 6:8
1 And I saw when the Lamb opened one of the seals, and I heard, as it were the noise of thunder, one of the four beasts saying, Come and see.

2 And I saw, and behold a white horse: and he that sat on him had a bow; and a crown was given unto him: and he went forth conquering, and to conquer.

4 And there went out another horse that was red: and power was given to him that sat thereon to take peace from the earth, and that they should kill one another: and there was given unto him a great sword.

5 And when he had opened the third seal, I heard the third beast say, Come and see. And I beheld, and lo a black horse; and he that sat on him had a pair of balances in his hand.

6 And I heard a voice in the midst of the four beasts say, A measure of wheat for a penny, and three measures of barley for a penny; and see thou hurt not the oil and the wine.

7 And when he had opened the fourth seal, I heard the voice of the fourth beast say, Come and see.

8 And I looked, and behold a pale horse: and his name that sat on him was Death, and Hell followed with him. And power was given unto them over the fourth part of the earth, to kill with sword, and with hunger, and with death, and with the beasts of the earth.

9 And when he had opened the fifth seal, I saw under the altar the souls of them that were slain for the word of God, and for the testimony which they held:

10 And they cried with a loud voice, saying, How long, O Lord, holy and true, dost thou not judge and avenge our blood on them that dwell on the earth?

11 And white robes were given unto every one of them; and it was said unto them, that they should rest yet for a little season, until their fellowservants also and their brethren, that should be killed as they were, should be fulfilled.

12 And I beheld when he had opened the sixth seal, and, lo, there was a great earthquake; and the sun became black as sackcloth of hair, and the moon became as blood;

13 And the stars of heaven fell unto the earth, even as a fig tree casteth her untimely figs, when she is shaken of a mighty wind.

14 And the heaven departed as a scroll when it is rolled together; and every mountain and island were moved out of their places.

16 And said to the mountains and rocks, Fall on us, and hide us from the face of him that sitteth on the throne, and from the wrath of the Lamb:

17 For the great day of his wrath is come; and who shall be able to stand?

And I am not sure if it is a good idea to say have a great day and more, especially when one reads headline news, sometimes.