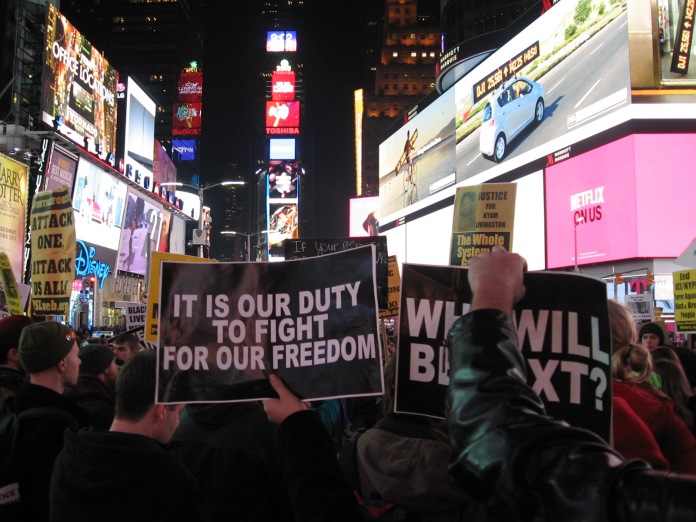 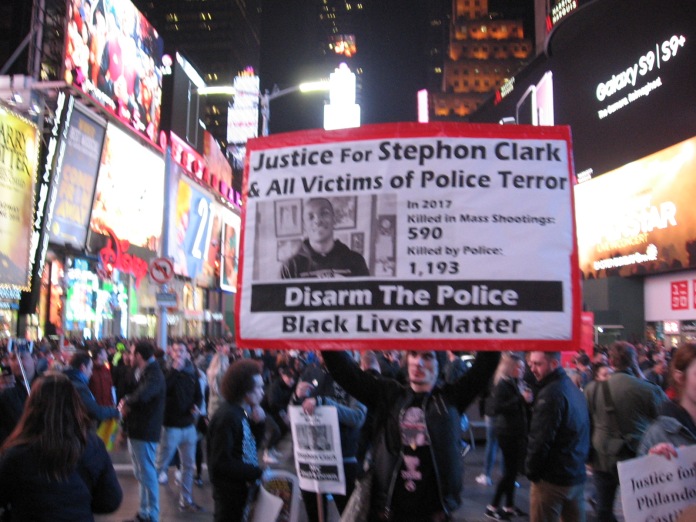 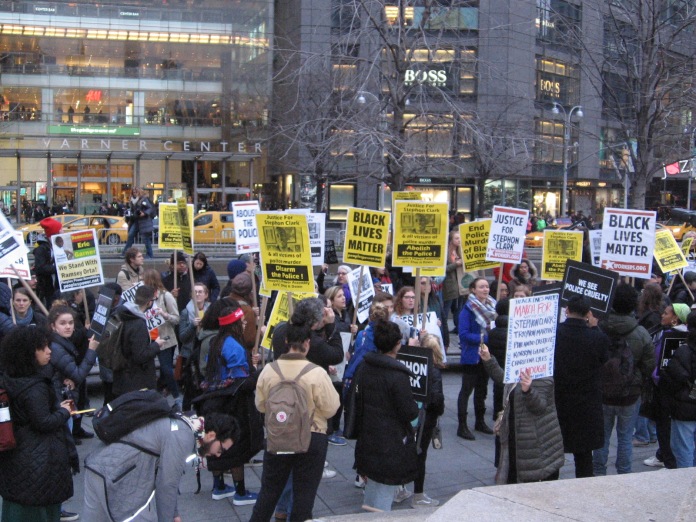 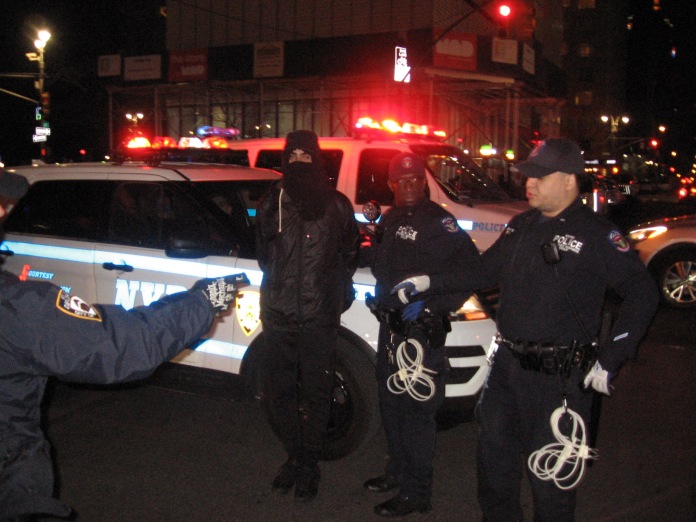 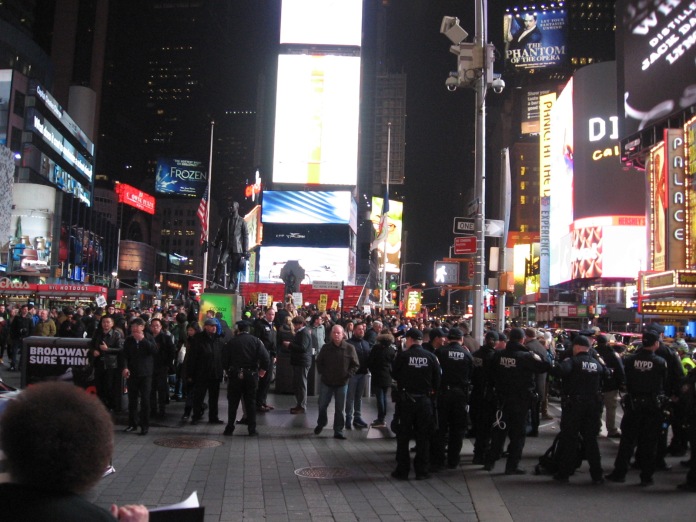 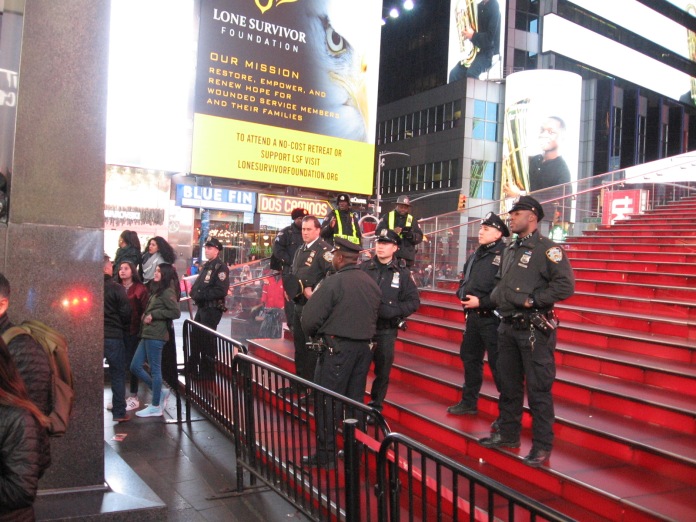 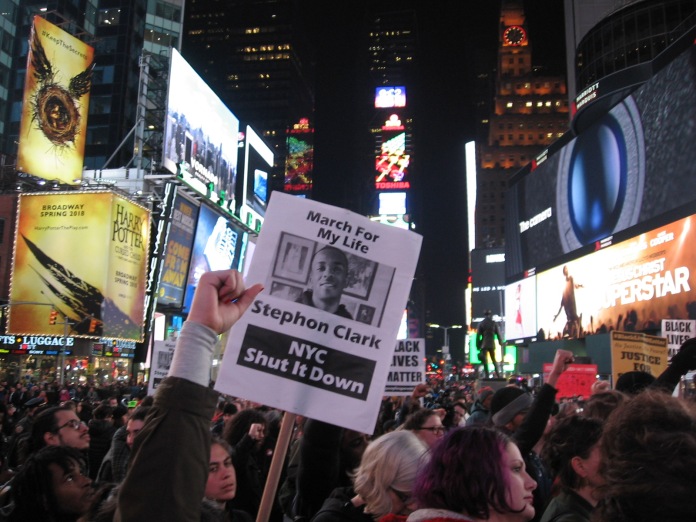 And if I were to type the names of victims who have lost their lives to police brutality and guns from this Stop Police Terror poster that I have, some of the names would be Kimani Gray, James Rivera Jr., Ramarley Graham, James Brissette, Malcolm Ferguson, Jaime Gonzalez, Tyisha Miller, Timothy Russell and Malissa Williams, John Crawford, Nicholas Hayward, Alexia Christian, Justus Howell, Oscar Grant, Joel Acevedo, Kendrec McDade, Jordan Baker, Ernesto Flores, Darrien Hunt, Sean Bell, Tamir Rice, Alyana Stanley-Jones, Eric Garner, Ezeil Ford, Rekia Boyd, Angelo Miller, Omar Abrego, Akai Gurley, Rohad McIntosh, Ruben Garcia Villapando, Yvette Smith, Anthony Baez, Amadou Diallo, Tony Robinson, Tarika Wilson and the list goes on and on.  And now add to that list Stephon Clark.  And so NYC Shut It Down: The Grand Central Crew #blacklivesmatter , Peoples Power Assemblies, Why Accountability , Workers World Party and Within our Lifetime United for Palestine had a Justice For #StephonClark march and rally last night where there seemed to be more police in attendance than protesters that went from Columbus Circle to Times Square, as far as I can see.  And their facebook event invite read like:

Stephon Clark was a 22 year old Black man and father of two. He was murdered by Sacramento Police officers on March 18, 2018, in his own backyard. They shot him over 20 times claiming they thought he had a gun. He had a cell phone in his hand.

And there were arrests at this protest as in those photos that find themselves posted above.  And I have blogged about the topic of gun violence and gun control on this blog before in times past.  And yet there seems to be no end in sight of people losing their lives to guns. If only guns could be banished from advertising, the military, the polizei and every human being on planet earth.  Is another world possible.   And what, if anything, does this have to do with a No Police State.