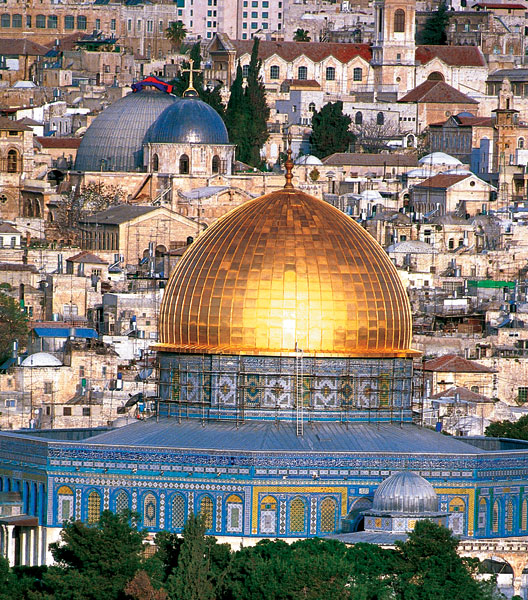 And so I turned on the news today and there one of the many headline news of the day read, “Israel Attacks Targets in Syria After Iranian Drone Enters Israeli Airspace and Jet Crashes“, and as usual, world war III and all of those other religious fanaticism thoughts of Israel, Jerusalem, The Middle East, the holy land, holy war, that Dome of the Rock and the Temple Mount that seems to be written in bible prophecy somewhere start coming to mind, here on planet earth, enough to make me want to sign into this blagh again in another attempt to maintain web 2.0 social media user generated content for this blog and my other blagh whenever blaghers block possible. And so I thought to post another one of those The The Prophecy of John of Jerusalem posts again, as I seemed to have posted on this blog many times in times past. Is Israel becoming a nation?  The war is not meant to be won, it is meant to be continuous. – George Orwell.

The Prophecy of John of Jerusalem VIII

“When the millennium that follows this millennium ends, Men will have finally opened their eyes.
They will no longer be imprisoned in their heads and cities,
But will be able to see from one end of the Earth to another, and understand each other.
They will know what makes one suffer hurts another.
Men will form one huge body of which each will be a tiny part.
Together they will form the heart of this body.
There will be a common language spoken by everybody, and thus, finally, a glorious humanity will come into existence…
Because Woman will arrive to reign supreme;
She will govern the future and decree Her philosophy to Man.
She will be The Mother of the Millennium that follows the millennium.
She will, after the days of the devil, radiate the gentle sweetness of a mother.
She will, after the days of barbarity, embody beauty.
The Millennium that follows the millennium,
Will metamorphose into an age age of lightness:
Men will love each other, sharing everything, dream,
And dreams will turn into Reality…
Thus Man will have his second birth.
Spirit will possess the mass of men,
Who will be united in brotherhood.
So an end will be proclaimed to barbarity.
It will be an era of a new strength of belief.
The dark days at the beginning of the Millennium that follows the millennium, will be ensued by days of jubilation:
Men will once more find the righteous path of humanity,
And Earth will find harmony once more…
There will be roads that connect one end of Earth, and the sky to the other;
The woods will once more be dense, the desert will once more be irrigated, and the water will once more be pure.
The Earth will be like a garden:
Men will take care of every living thing,
And he will clean everything he dirtied,
He will understand that the whole of Earth is his home,
And he will think with wisdom of the morrow.
Man will know everything on Earth and his own body.
Diseases will be cured before they are manifested,
And everybody will cure themselves and each other.
Man will have understood that he has to help himself to stay upright;
And after the days of reticence and avarice,
Man will open his heart and his purse to the poor;
He will define himself curator of human species,
And so, finally, a New Era will begin.
When Man has learnt to give and share,
The bitter days of solitude will be at an end.
He will once more believe in the Spirit,
And barbarians will once more be unheard of…
But all this will happen after the wars and the fires.
And this will arise from the ashes of the burnt Towers of Babel.
And a strong hand will be needed to bring order to chaos, and to put Man on the right path.
Man will learn that all creatures are bringers of light, and all creatures must be respected.
Man, in his lifetime, will live more than one life,
And will learn that the Light never goes out.”