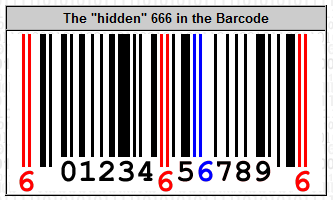 And as this Gregorian Calendar year still finds itself as the year 2017 here on planet earth, I still find myself reading those headline news of the day, many of which still seem to have to do with those United States Presidential Elections 2016 that still seem to be resulting in a million or more #notmypresident, March 4th for Standing Rock and now No Ban No Wall Union Square NYC Vigil protests and beyond.  Though it is those Protest to Resist ICE Raids and statements on Facebook that read something like “ICE is setting up checkpoints & demanding papers on the 6 line. Two seen at 149th & Southern Parkway.  Anybody without documents should avoid the 6”, that brings to mind that First They Came For The Socialists passage that also brings to mind all of those passport posts that I have posted on this blog before that seem to have something to do with banning immigrants, deporting immigrants that seems to have something to do with technology, globalism,  the passport,  travel, the microchip, the RFID  bar code that finds itself posted in that photo above, a cashless society and that 666 anti christ mark of the beast save no man that he may buy or sell except he have the mark of the beast on his right hand or forehead thing in the world we seem to live in these days, I think.

For what reason is the number of that passport immigration law that prohibits freedom of travel amongst humanity anywhere on planet earth, and that Section 666 Social Security Act, cashless society, national I.D., the number of your name to receive any state services and everything else in between thing, 666? Is this that save no man that he may buy or sell except that he have the mark of the beast thing in the book of Revelations. Is this written in prophecy somewhere. Did George Orwell or Nostradamus predict this? Is that a coincidence or on purpose that this law has the same number of that beast thing. And who or what is the beast, and what is that mark on ones right hand or forehead. What does that mark represent or mean, if anything. And what’s up with that UPC bar code photo that I placed in this blog entry. And for what reason do all universal product codes contain this number. What the heck does that mean? Is that the number of the beast, the number of man? And what’s that New World Order, Verichip and RFID tag thing all about. Big Brother, Brave New World and technology are here and that’s a whole another blog posting. And I have heard so many green card immigration nightmare stories about green card marriages, lotteries and green card everything else in between. Of people leaving a country and not being able to return for whatever reason. And the stories of loss of life while crossing a border, whether by land or sea. And for what reason are there boarders, divisions, restrictions, barriers and territories of land in this world. And for what reason are people not free to travel anywhere in the world without the permission of someone else. Who invented this concept. Is it possible to undo this passport, visa, citizenship, where are your papers to come here law so that everyone can be free to travel anywhere in this world. For what reason does this concept exist. And who is a foreigner. Aren’t we all strangers in this land. Is another world possible. No one is free when others are oppressed. And what does this have to do with a No Police State?

And then there’s Reverend Billy And The Stop Shopping Gospel Choir FIRST THEY CAME FOR THE  variation of that pastor Martin Niemoller passage that would be funny if it weren’t so true.

FIRST THEY CAME FOR THE druggies who tried to make their fantasy economy away from the bigger killers, but I did not speak out, because I’m white with powder cocaine. Then they came for the immigrants, flooded by Clinton’s subsidized corn and dragged screaming by ICE from their homes, and I did not speak out, because I’m sitting here waiting for my Mexican cook to bring me my pasta special. Then they came for the poverty-dizzied young from zip codes like Bed-Stuy and the Bronx, fed into the for-profit prison pipeline, and I did not speak out, because where do you start? It’s a national operation run by Wall Street. Then one day the Earth came for me, the ocean turned to acid sweeping through the streets, and I cannot protect my family, because America is declared a permanent emergency, and the cops and soldiers are the same guy, jailing us in our upstairs apartment, and no-one is left to speak for me because permits to speak in public are rationed by Chase Bank.

And what again if anything, does this have to do with a No Police State?