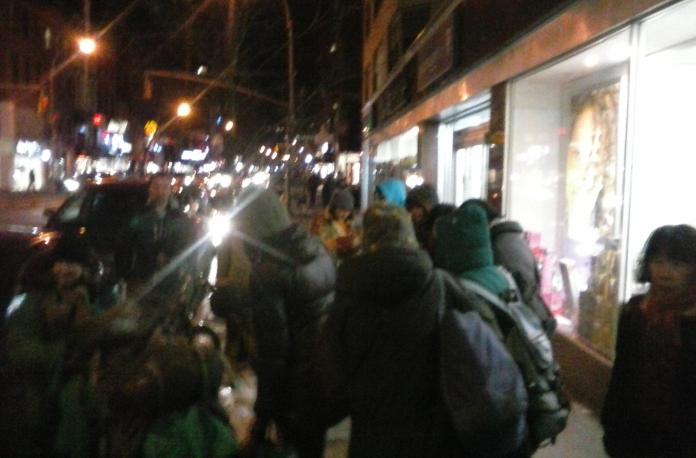 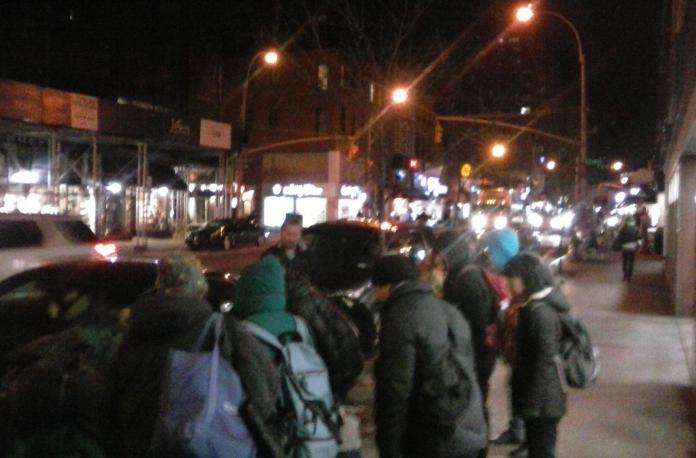 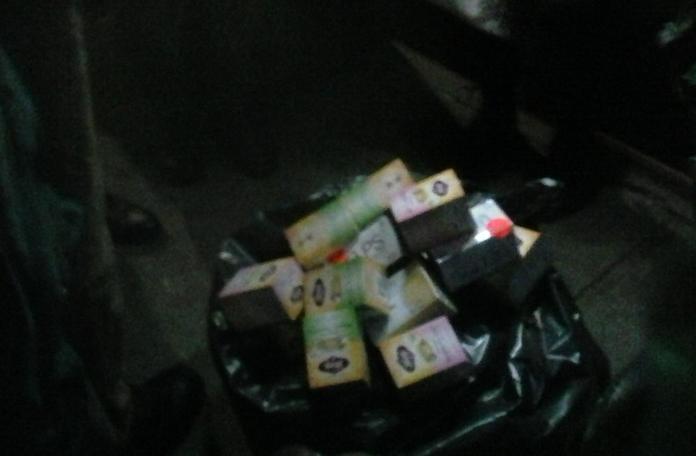 And if I must blogger say, it was 23 degrees on this night in the middle of December during that holiday season that I found myself on one of those twice monthly Freegan trash tours, also known as dumpster diving, in that city of New York last night, that usually take place after their meetings, this one being at the Sony Public Atrium on 55th Street and Madisoin Avenue. And after thatfreegan meeting, this trash tour group of about ten or fifteen people made its way ten or fifteen blocks toward what seemed like about 70th street, stopping at what seemed like 10 different spots of various supermarkets, coffee shops, deli’s and any other kind of food stores along the way. And it was said that this was a slow night, as usually food is found at every spot, or every other spot, more than one can carry, and on this night food was only found at two or three of these ten spots, with most of the food being found at the last spot of what seemed like a gourmet natural health food store at the end of the night as in those photos that find themselves posted above. And there is also to be a freegan feast a day later after this dumpster dive of that freegan food that was found, to be shared at someones home with everyone. And from what I know, these trash tours usually take place during the hours of 9pm and 11pm, during that two hour window of when the food is put out on the sidewalk or dumpster and thrown away to when the food is picked up by the garbage trucks to throw it away. And so what exactly is freeganism and dumpster diving?  Well, it has something to do with capitalism, consumerism and saving the world.  And according that freegan.info website, What is a Freegan?:

Freegans are people who employ alternative strategies for living based on limited participation in the conventional economy and minimal consumption of resources. Freegans embrace community, generosity, social concern, freedom, cooperation, and sharing in opposition to a society based on materialism, moral apathy, competition, conformity, and greed.

After years of trying to boycott products from unethical corporations responsible for human rights violations, environmental destruction, and animal abuse, many of us found that no matter what we bought we ended up supporting something deplorable. We came to realize that the problem isn’t just a few bad corporations but the entire system itself.

Freeganism is a total boycott of an economic system where the profit motive has eclipsed ethical considerations and where massively complex systems of productions ensure that all the products we buy will have detrimental impacts most of which we may never even consider. Thus, instead of avoiding the purchase of products from one bad company only to support another, we avoid buying anything to the greatest degree we are able.

The word freegan is compounded from “free” and “vegan”. Vegans are people who avoid products from animal sources or products tested on animals in an effort to avoid harming animals. Freegans take this a step further by recognizing that in a complex, industrial, mass-production economy driven by profit, abuses of humans, animals, and the earth abound at all levels of production (from acquisition to raw materials to production to transportation) and in just about every product we buy. Sweatshop labor, rainforest destruction, global warming, displacement of indigenous communities, air and water pollution, eradication of wildlife on farmland as “pests”, the violent overthrow of popularly elected governments to maintain puppet dictators compliant to big business interests, open-pit strip mining, oil drilling in environmentally sensitive areas, union busting, child slavery, and payoffs to repressive regimes are just some of the many impacts of the seemingly innocuous consumer products we consume every day.

Is another world possible. Peace on earth and goodwill to all mankind.