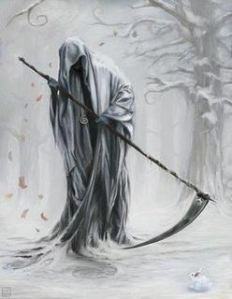 And so here goes another one of those posts that was posted on this blog some time a while ago on this recycle this blog day. And even though the date, times and places may have changed, the story remains the same….

And there is unrest in the world. And I know because there are headlines in the news and sitting in my email inbox seemingly piling up upon each other with no end in sight with titles that read, “Defiant Hamas hits Israel with dozens of rockets, Taliban burning, beheading its way through Pakistani valley, Man shoots talker at movies, ‘Santa’ opens fire at Calif. party , Clashes hit Athens ahead of boy’s funeral, shots fired in SoCal Toys ‘R’ Us“. And these headlines seem as if they want to be endless. And even though the mantra of the day seems to be “Happy Holidays”, it sometimes does not seem so happy. As a bleak grim photo of the world seems as if it is being painted between the economy, people who are losing their lives on a daily basis due to gun violence, that subject that seems to be nowhere found in those presidential election campaigns, an endless amount of seemingly never ending wars that seem as if they have been around since the beginning of time, and a seemingly endless amount of other atrocious and incomprehensible headlines that are too innumerable for me to mention in one blog posting. And are these merry happy holy dayze in this seasons greetings, Merry Christmas, Happy New Year time of year. Are they to be found somewhere here on planet earth. And I wonder if this world that seems as if it is spinning out of control is all part of that 2012 on track thing, or that Kali Yuga iron age descending thing, or some other magical explanation that could be written the stars somewhere in prophecy. And is there a reason to celebrate the holidays this year, these days and times. And it is an observance. Where is the world headed. No one is free when others are oppressed. Is another world possible. Peace on earth and goodwill to all mankind.