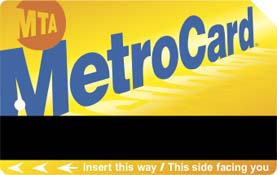 The light of the body is the eye. And it is not so often, every so often that I find myself blah blaghing about that seemingly faceless beast of a monster system of the MTA to be found in that city of New York, though this is one of those times where I find myself blah blogging about the NYCMTA. And is Mercury in retrograde or something? Now I’m not trying to be metrocard funny, though I found myself being taken for a New York City Metropolitan Transportation Authority subway ride, literally, or something like that, sometime a recent while ago as I was attempting to go my way on that New York City subway ride day, by one of those MTA take your money for those metrocards and not really put that money on your metro card especially if you’re not paying attention to it being refilled and buzz you through the gate instead to where you find yourself returning to that metrocard token booth to complain to that pocketed your fare agent an hour and a half later after you see that that money is not on your metro card only to find that pocketed your fare agent attempting to give you your money back that you may or may not want back to where you may find yourself complaining on one of those NYCMTA MTA agent pocketed my fare complaint forms only never to be responded to again, ever, or something like that. Now this is a new one to me in that faceless beast of a Metropolitan Transportation Agency of a going your way system. And could this be one of those reasons why Wall Street is Occupied? And what, if anything, does this have to do with a No Police State?

One thought on “Taken For A Metrocard Ride”