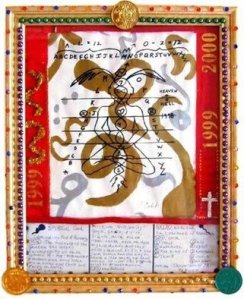 12.21.2012. What do those numbers mean to you, anything? December 12, 2012, that could mean the London Olympics are coming. Well if you are a religious fanatic reader of prophet and psychic predictions like me, it could mean a whole lot. It could mean doomsday, Armageddon, the Apocalypse, judgement day, the end of the world, a new world order or some new age, spiritual transformation, evolution, higher universe. It could mean the beginning and the end of World War III according to Nostradamus. It could mean the meteors, comets, asteroids, aliens and spaceships are coming to planet earth. Could it mean the anti christ and the Pope will appear? Oh, the Pope is already here. It could mean that the sun will reverse its own magnetic pole. It could mean the solstice and moon cycles will end, or at least it could mean that is when the Mayan calendar ends in 2012. The Maya believed that their world would end on December 21, 2012 and that Orion and Pleiades told them so. All of these sciences, beliefs, theories, philosophies, astrology, years and calendars are too complex for me to understand, but at a glance I believe in them all, or what does this mean, will the world really end? Will some world changing event take place in 2012? The clock is ticking. What does the future hold? Wait and be watchful for the return of something. In 5yrs, 6 months, 8 days, 19 minutes and 32 seconds of 5 years and 193 days as of this writing, 2012 is here. 12.21.2012, what do those numbers mean to you?
Note: Lo, and behold. Here is one of many secrets that the yoga guy says in the text below him in the drawing above, he depicts the progression of humanity.. A-L=12, halfway through the alphabet, O-Z=12, halfway through the alphabet. ALOZ, ALLAH. 12.21.2012, 0102. OLOZ, AL-OZ, ALOZ, ALLAH. M and N the middle of the alphabet = the Millennium, the head of Christ, Grist, the Holy Grail, The Holy Ghost, a thousand years shall Satan be let loose? And there is much more to be written in the text below the yoga guy above (Yahweh,Jehovah,JHVH,YHVH,YHWH, YOGA), part of the trinity. And I have actually posted this on this blog before and for some reason I thought to repost it again. Have a great day.