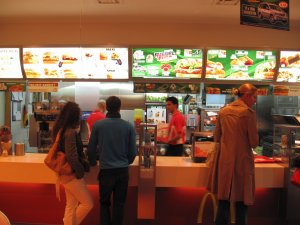 And so again, I take this blog post as a great excuse to post more photos of that travail travelling time that I have been taking photos of the past few days. And those travail travelling times are a great excuse for me to take the camera out of the closet, whose only purpose seems to collect dust these days. And even in the midst of daily attrocities that seem never ending in these days and times with Yahoo headlines that read “Car bomb kills more than 50 at Baghdad market”, and is that a holy war? and another Yahoo homepage headline news story that reads “Probe: Officials warned about harsh interrogation”, another seemingly never ending atrocity article that is something about prisoners and detainees that are being tortured with dogs and other torture techniques and devices by militant armies simply because they are held captive for some reason. And yet the news headlines say the floods are flooding, the earthquakes are here on earth, the price of a barrel of oil is going through the roof, the cost of food is increasing, the rice, wheat and now the corn are disappearing, the war is never ending, Antartica is disappearing, the national debt is going through the roof, the United States Dollar and Uncle Sam are going broke with the European union Euro and the earth is ever changing, and the only thing constant is change. And I wonder if the bees, bats, frogs and fish are still dying and disappearing, and if this is all the beginning of an ecosystem food chain collapse and the beginning of the end of planet mother earth or something else or not. And yet still I find myself blah blogging away for some reason. And those photos above are of more bicycles on the streets of Munich, as Munich is the most bike friendly city I have ever seen with it’s many bike paths and trails, a stark contrast to the mean streets of New York City that is not bike friendly at all and built only for cars and pedestrians and bicyclists in that town can become disposable road kill as drivers are not even penalized unless they happen to be drunk or intoxicated when there is a pedestrian or bicyclist death in that town. And what would that bicycle advocacy group Transportation Alternatives have to say about this. And that other photo above that I posted in this blog entry is of some giant recycling bins that are to be found on the streets of Munich, Germany. And where their recycled trash goes from there, I am not sure, but those big glass and paper recycling bins look sort of environmentally cool and interesting. And then there is that photo of a McDonalds with its big golden American and world wide fast food nation arches. And somehow it seems as if I could have travelled halfway around the world just to go to McDonalds in Germany for some reason I am not sure of. And there is that Kaufinger Strasse near that Marienplatz Glockenspiel Clock building with a pedestrian plaza that is all shopping all the time and seems to be a sensory overload with its shopping houses and stores that is sort of beyond Times Square 42nd street in New York City with its tourists. And there could be more photos that I would like to post of these travails and they are passing me now. Peace on earth and goodwill to all mankind.

One thought on “Travelling Times”